I adored this sightseeing stop and yet I hang my head sheepishly whenever it comes to mind. There’s probably a one-in-a-gazillion chance you’d make this mistake, but just in case… if you have three cars and you’re in the lead car and you miraculously arrive at your destination even though your directions were vague, do not, I repeat do not decide to pass it by looking for that gorgeous approach as seen on the internet. Oy! 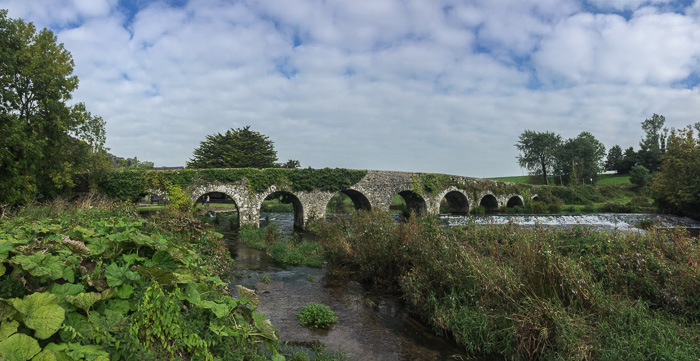 In the fantasy world in my head, we’d crest a hill to find the Glanworth bridge, mill and castle majestically displayed below. Everyone would ooh and aah, we’d hop out for a few money-shots and then glide down the hill to explore up close. Instead, we waited at the light at the one-way bridge, drove up the hill, (no view), pulled over to hook a u-turn (me awkwardly waving at the other two cars), started back down the hill, took a small side road (still looking for that view), proceeded along a one-way dirt lane with tufted grass in the middle so high it scraped the car’s underside, came to a dead-end (with no view), eeked out a 3-point turn (me trying in vain to climb under my seat as we crawled past the other cars), picked our way back to the main road, back down the hill, waited at the light (again), crossed the bridge (again), and finally pulled into the parking lot we’d blithely shot past earlier. Sometimes I amaze myself. 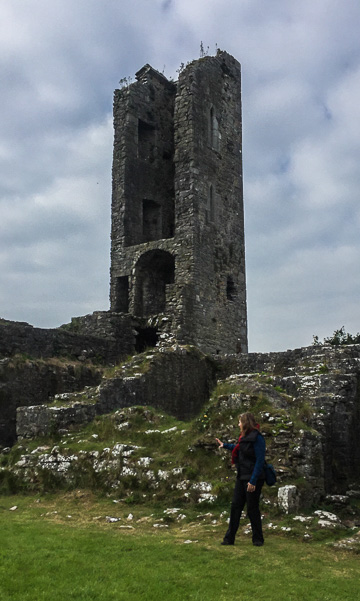 All’s well that ends well - we had a ball investigating Glanworth’s bridge, mill and castle. Since there was a Geocache waiting to be found, we started with the climb up to the castle. This cache wasn’t the easiest to locate, but we persevered and found a second wind by alternating between geocaching and exploring the castle ruins. Fun ruins! I particularly enjoyed the half-exposed multi-story tower and intact garderobe. 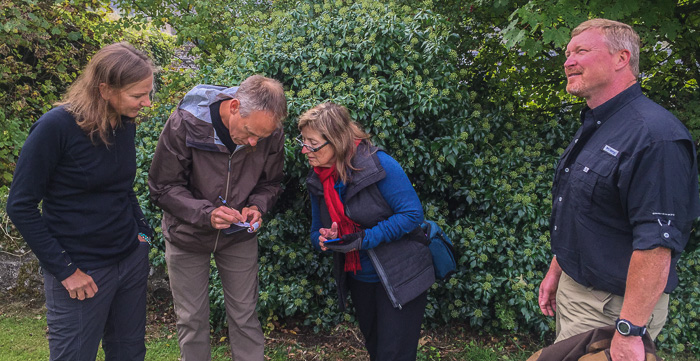 Found it! Chris signs the geocache log while Karen and Lisa look on. I think Dave is distracted by David and Jennifer... 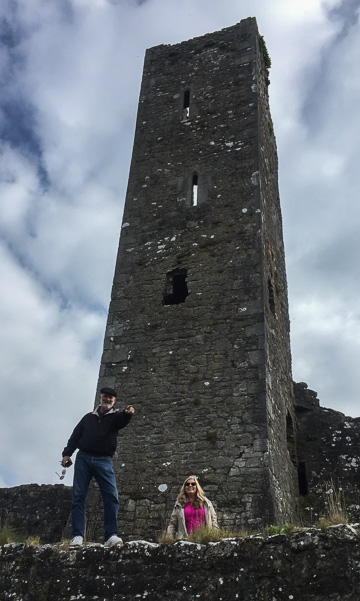 David and Jennifer in front of the castle tower. You can't see them, but right behind Jennifer (on the tower wall) are intact garderobes.

This 13th century castle was built by the de Caunteton family (later changed to “Condon”) at a strategic point on the River Funcheon. Built in four phases, the castle walls ultimately contained a towerhouse, gatehouse, kitchen and free-standing oven. From our perch high on high, we could gaze down on Glanworth’s magnificent 12-arch bridge built in 1446 and touted as “the oldest and narrowest working road bridge in Europe”. 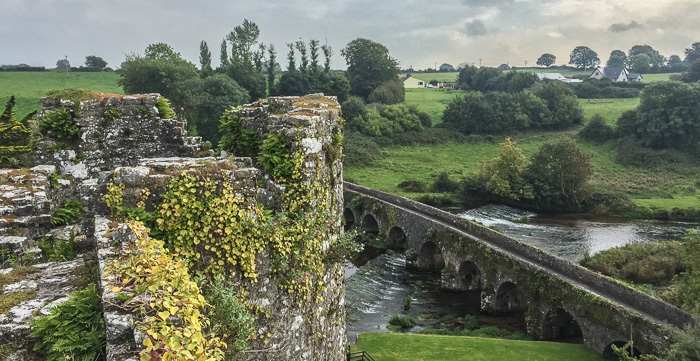 One view from the Glanworth Castle, looking down on the 12-arch bridge spanning the River Funcheon

The mill, nestled below the castle, was built as a corn mill in the 18th century, produced wool blankets in the 19th century, and finally closed in the 1960s. There we saw Ireland’s last “reverse undershot” water wheel (meaning the wheel turns when water hits blades at the bottom of the wheel). If you go, be sure to walk to the riverbank between the mill and the bridge where you’ll find a stone basin carved into bedrock, used in the 19th century to wash wool. 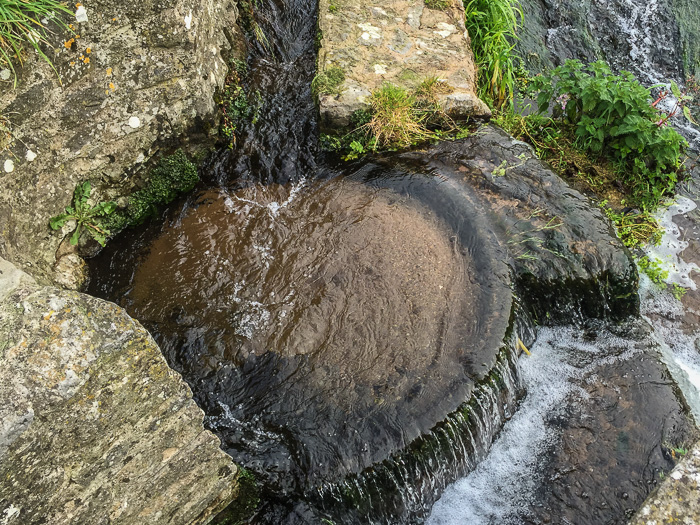 Carved stone basin in the river by the Glanworth Mill

This Time Travel Ireland article provides a bit more information about Glanworth castle and the nearby Glanworth Friary which we did not visit.  Note that a castle visit requires climbing up two flights of stairs; the mill, river and bridge areas are flat and easily accessible. 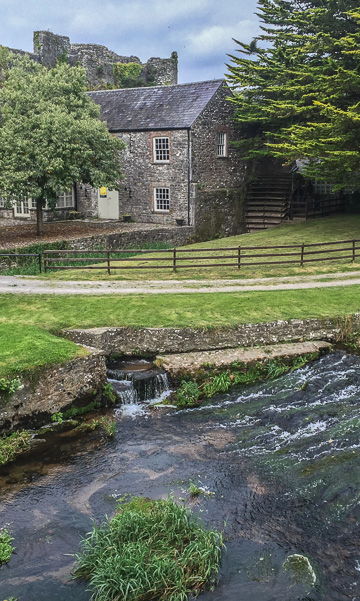 This photo has it all! The River Funcheon with stone basin and weir, the mill and water wheel, and the Glanworth Castle in the background, peeking over the mill.