I can be such a doof. Let me back up and set the stage so you can fully appreciate my head-slapping moment on the grounds of Dunluce Castle.

We finished our 3-day hike of the Causeway Coast Way with the stretch from Portballintrae to Portstewart. It was a scenic day hugging the coast, with much of the trail right on the beach or on low cliffs above. 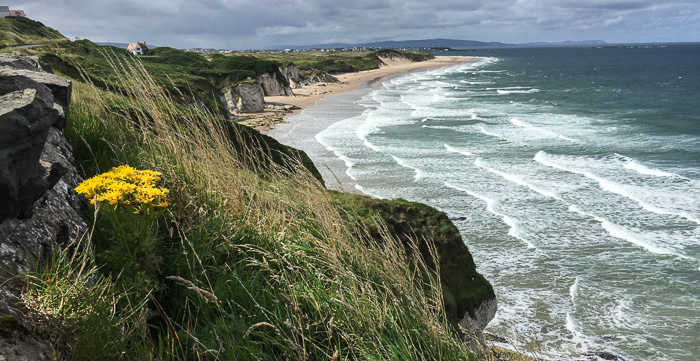 Heading along the coast from Portballintrae to Portrush 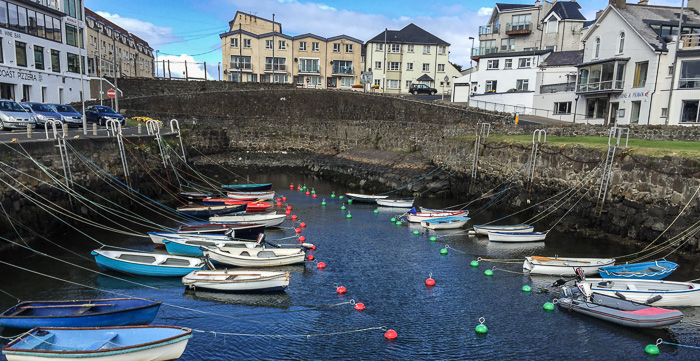 Portrush is uniquely situated on a peninsula which divides the city into two distinct sides, East Strand and West Strand.  Ramore Head lies on the edge of Portrush; it can’t rival the mighty Benbane Head, but the crashing waves and “Devil’s Washtub” are impressive. 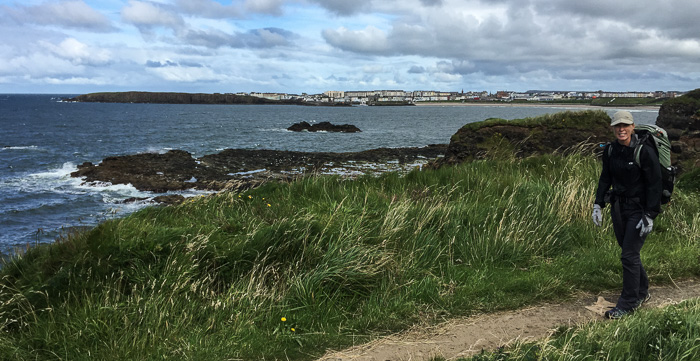 Hiking to Portstewart with Ramore Head and Portrush in the background

Without question, Dunluce Castle was the highlight of the day. I was excited to visit because I knew I’d once again hear about my buddy Sorley Boy MacDonnell who I introduced in this article. Dunluce Castle was built in the 1500s by the MacQuillan Clan, but ousted by Sorley Boy after the Battle of Orla in 1565. As the story goes, the MacDonnell forces laid rushes over boggy ground and then stationed men on the few patches of firmer ground in the area. The MacQuillan men were fooled and charged in, got caught in the soft ground, and were easy pickings for the MacDonnell army.  Dunluce Castle was eventually passed to Randal MacDonnell who built extensively and established a new town at Dunluce. Archaeologists continue to work today to excavate the ruins of the town. 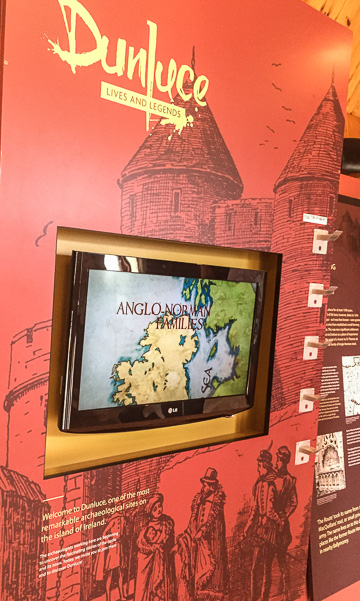 Movie and background information in the Dunluce Castle visitor center

When leaving the main building (which offers a great movie about Dunluce’s history) you can head across to a small exhibit explaining the dig. This is where I was led astray; in my defense, I had just written this article relaying a few Irish stories so I was on the lookout for myth and legend. So on the wall, there’s a fun display that asks “What did you discover at Dunluce today?” 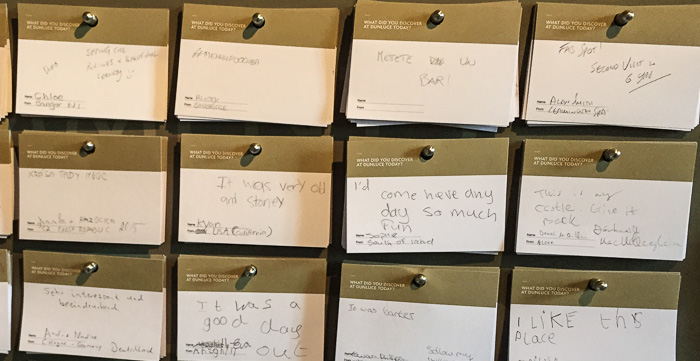 A portion of the "What Did You Discover at Dunluce Today?" display. *This is my castle. Give it back.*

It’s very entertaining, and one note said something like: I like Fiona’s tower. Too bad the dragon burned it down. Fiona? A Dragon? Yes!! I was on the lookout for mention of Fiona the entire time we explored the grounds, carefully re-reading plaques in case I missed something in my haste. I even ran the 116 steps (I counted) down to “The Mermaid’s Cave” below the castle, but to my dismay, no Fiona. As we were leaving it finally hit me. Fiona. Dragon. SHREK. Move over Game of Thrones, Shrek was filmed here at Dunluce! Oy. I repeat, I can be such a doof. 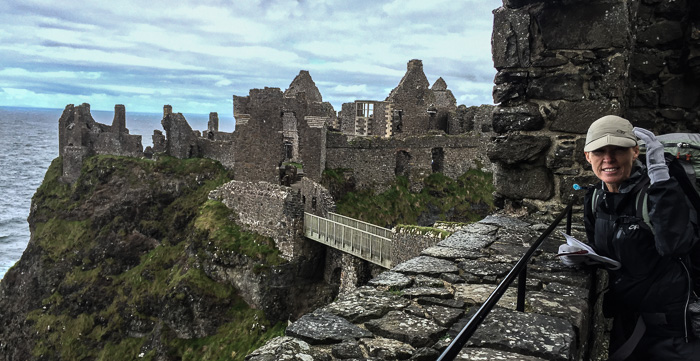 It’s true that Game of Thrones was filmed here; Dunluce is heavily enhanced to become Pyke, the House of Greyjoy, ruler of the Iron Islands. And it’s also said that Dunluce was the inspiration for Cair Paravel in the Narnia stories by C.S. Lewis. Although it isn’t Fiona, I found a legend about a girl in a tower in “50 Things You Probably Never Knew about Dunluce Castle”:

Maeve Roe, the only daughter of Lord McQuillan of Dunluce, was imprisoned in the north-eastern tower by her father after refusing to take Rory Og as her husband. On a wild and stormy night, she and her true love, Reginald O’Cahan, fled to the Mermaid’s Cave beneath the castle and set off by rowing boat but were dashed against cliffs. Maeve’s ghost still sweeps her prison tower. 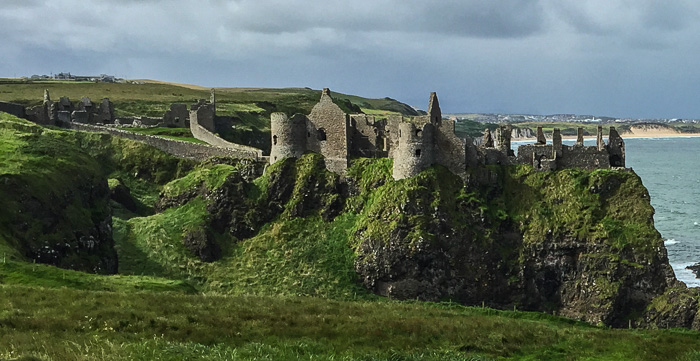 Finally, I’ll leave you with this poem by Edward Lear (which is probably true and totally happened!):

There was an old man of Dunluce
Who went out to sea on a goose
When he’d gone out a mile, he observed with a smile
It is time to return to Dunluce