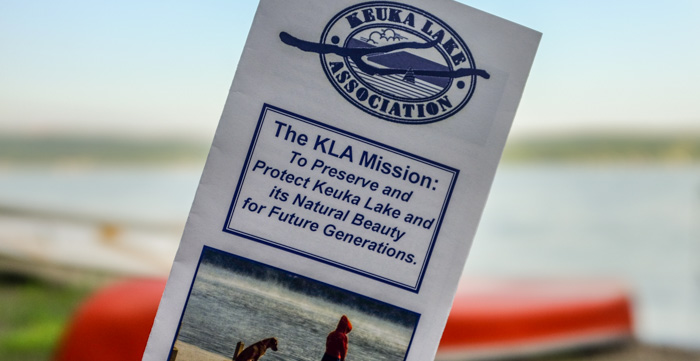 Update July 2016:  KLA celebrated its 60th anniversary at the meeting on July 9, 2016.  Congratulations KLA!   The lake level is a bit low due to lack of rain; no worries on water quality, though - it's still excellent.  Unfortunately, membership revenue has continued its downward trend.  Do you love Keuka?  Consider joining KLA.  At just $30 a year, it's a painless way to help preserve and protect our Crooked Lady.

We have been members of the Keuka Lake Association for as long as I can remember, but this was my first annual meeting. When I say "we" have been members, I mean my dad has always purchased the membership for our family. I have loosely paid attention to lake matters through KLA newsletters, but my dad has been a strong supporter of KLA's mission and guidance and has been the driving force behind our land and water practices on Keuka. This one meeting completely changed my attitude and focus; what an organization! 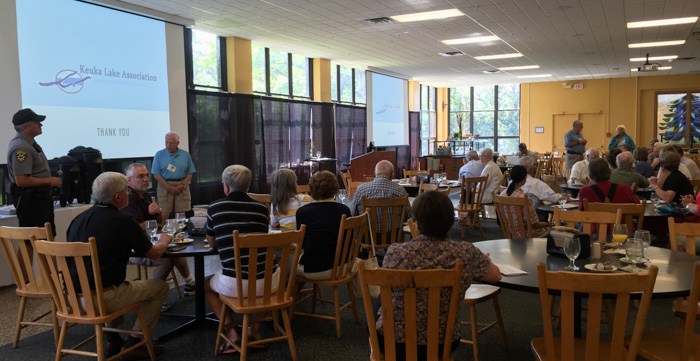 The KLA Annual Meeting was held July 11th at Keuka College. Official business lasted 9-11am and then the floor opened for questions. Of course part of the meeting tended to operations like approving minutes, electing board members, and the treasurer's report, but we then moved into fascinating and detailed updates on the state of the lake (nutrient levels, algae, clarity), lake level, invasive species, and lake patrol. It's one thing to hear this stuff from my dad or read it in a newsletter, and another thing entirely to absorb it first-hand.  KLA's mission is "to preserve and protect Keuka Lake and its natural beauty for future generations."  I believe in this organization's ability to do just that. They are a dedicated and knowledgable group of (mostly) volunteers and I appreciate the hard work they put in for our beloved Keuka.

I am not one to stump for a cause, but Keuka is precious. If you love Keuka:

The first bullet above is easy - it takes just 5 minutes online. The second requires a bit more effort. Thanks to my dad, we've been careful to limit chemicals we use near the lake, but I came away from the meeting with two other areas of focus:

Thank you KLA. I am proud to partner with you to preserve and protect Keuka, the jewel of the Finger Lakes.