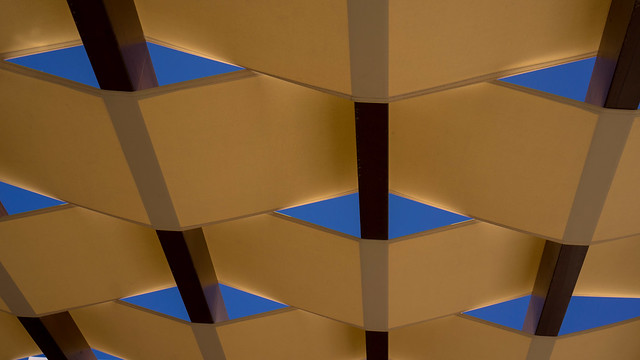 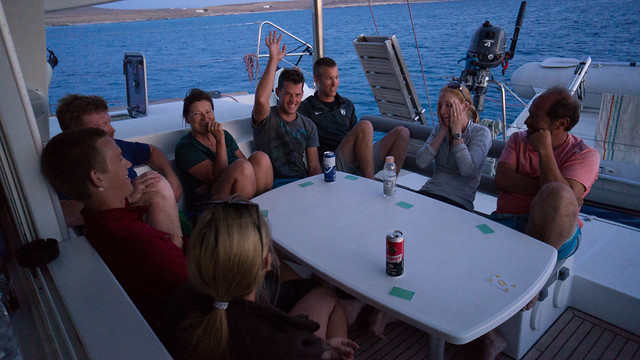 After a long but productive day exploring the treasures of Delos, we set sail from Mykonos for the adjacent island and small bay of Rineia. Here we taught our skipper the addictive social game Werewolf) and had quite a few laughs. 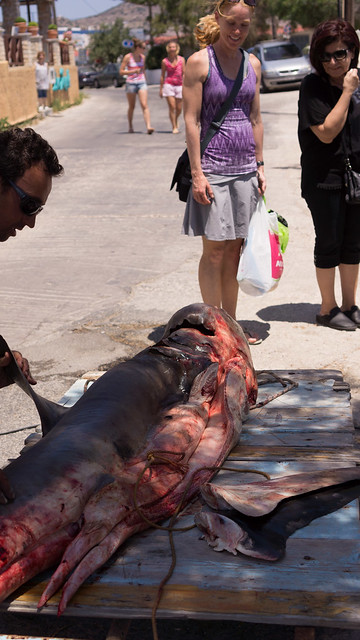 We arrived at the sleepy harbor town of Finikas, island of Syros, just before lunch the next day. Our plan was to re-provision and explore the town briefly. Finikas feels like a local Greek resort town, with many Greek families playing on the beach. There were two young boys playing “tennis” with paddles in a marked out court on the sand, even grunting emphatically with each serve.

We found two nice supermarkets and a bakery and we split up to explore in smaller groups. Business seemed slow at the row of tavernas along the beach – is this slow season for them? Perhaps if this is primarily where Greeks go this is a sign of the economic downturn there or maybe high season kicks in later in August. 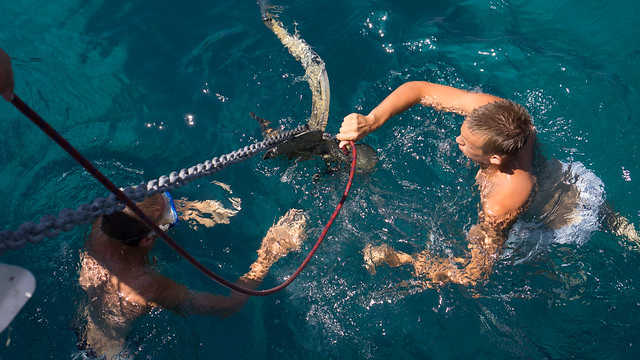 Vassilis understandably suggested that we spend the night at Finikas, but we were eager to unwind our bad karma from our first night on the west side of Kythnos where just about everything that could break did. We had some serious anchor line un-fouling to do before leaving Finikas, but once underway it was a short two hour sail to Ag. Stefanou on the eastern side of Kythnos. 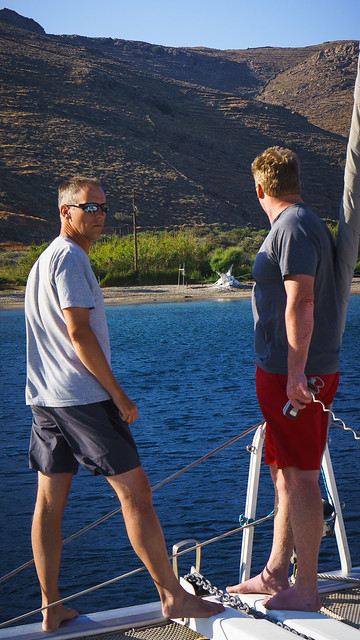 Two other boats are running lines onto shore to tie off on trees, but we stick to traditional anchoring though it takes two attempts to get our anchor to take. 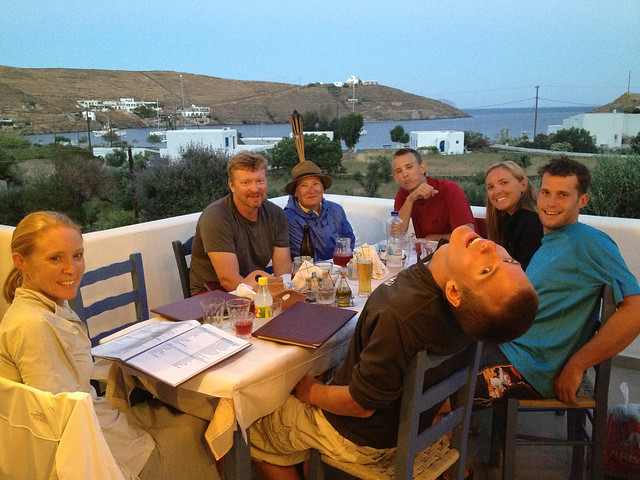 Most of us decide to hang out on the boat for a while, but Andrew opted to swim to shore and explore. He took a stroll up the access road leading into the hills beyond our eventual dinner location, even finding a nice bottle of thyme-honey wine for later sharing as a reward for his adventurous spirit.

The panga actually worked for our journey to shore and in about 5 minutes we had explored the village. There was a single snack shop on the east end of the bay and a nicer taverna at the other end, about 100m off the beach (on the road Andrew hiked out of town). The meal was fantastic in presentation and taste. We had some Kythnos specialties such as fried cheese balls, Greek salad, spicy pork, lamb with lemon, and meatballs. A few of us finished the meal with a chilled grappa, a perfect end to another fantastic Greek island day. Oh, and the panga motor held up for our return ride to the boat.

Our next and final stop before returning to Athens will be Poros, an island unlike any we have visited so far in the Cyclades.