After exploring Dublin proper for a few days, we struck north for a day drip to see Newgrange and Trim Castle. With the two sights only 35 minutes apart, our day was full but not unreasonably so, even adding a stop for lunch. It would have been just about perfect had one of our rental cars not decided to give up the ghost leaving Mom, David and Jennifer stranded by the side of the road for close to two hours (so frustrating!!). Once the car was sorted, there was time for just one sightseeing stop; they opted for Newgrange while the rest of us moved on to Trim. I think it was the right choice. There are bunches of castles in Ireland, but only one Newgrange. Yeesh, it’s so impressive Chris and I visited twice in 4 weeks! 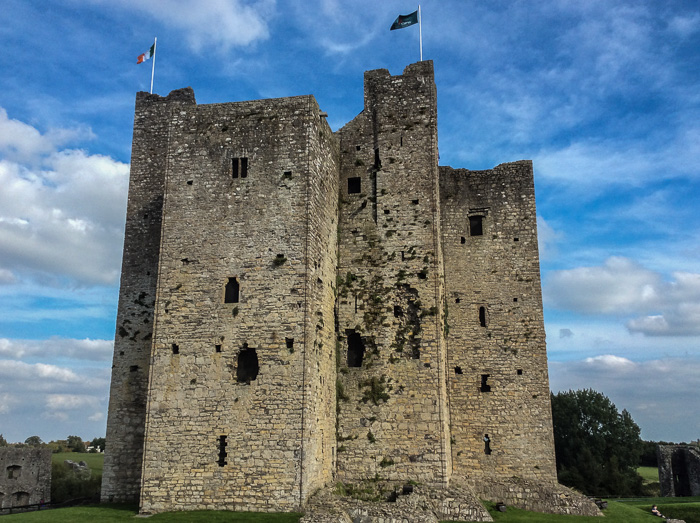 The Trim Castle Keep which can be explored by guided tour

I think I’ve said this before but I’ve seen so many Irish castles, they can run together in my mind making it difficult to remember what makes each unique. Not Trim Castle! The scale alone is memorable: not only is it the largest Norman castle in Ireland, it’s also the largest in all of Europe. Situated on raised ground overlooking a key fording point in the River Boyne, the castle’s curtain walls and moat once surrounded and protected a vast 3-acre site. An estimated two-thirds of the curtain walls still stand, punctuated by towers including the impressive Trim Gate, the Dublin Gate with rounded barbican, and a water gate leading to the River Boyne. 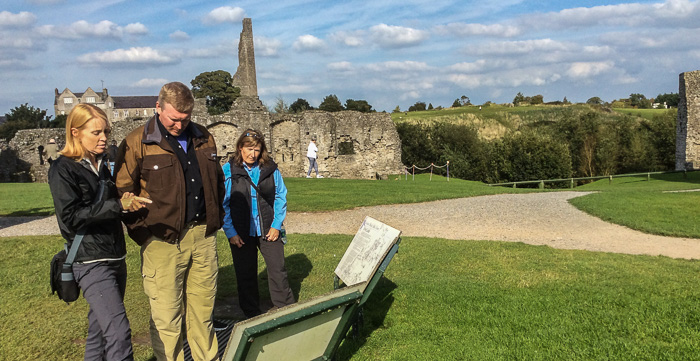 Julie, Dave and Lisa reading up on Trim Castle history, layout, and defenses.

Trim Castle gets its name from the Irish “áth Truim” which means “The Ford of the Elder Trees”. Although the site once held a wooden fortress, the castle we see today was largely built by Hugh DeLacy starting in the early 12th century and continued later by his son Walter. With the aid of numerous information placards, we spent 45 minutes exploring the ruins inside the curtain walls before eagerly heading into the Keep for the pièce de résistance: a 45-minute guided tour of the castle’s central 3-story great tower. 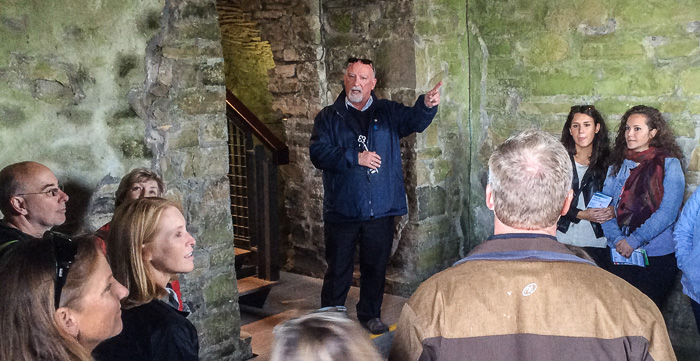 Our OPW tour guide at Trim Castle. Note the cool key he used to enter the castle Keep!

I was surprised and delighted to learn that we could explore every level, climbing up uneven stone stairwells and through narrow passages. We circled (or more accurately “squared”) our way around a central open area on our way up to the roof - the roof! - for a bird’s eye view of the castle grounds and surrounding land. 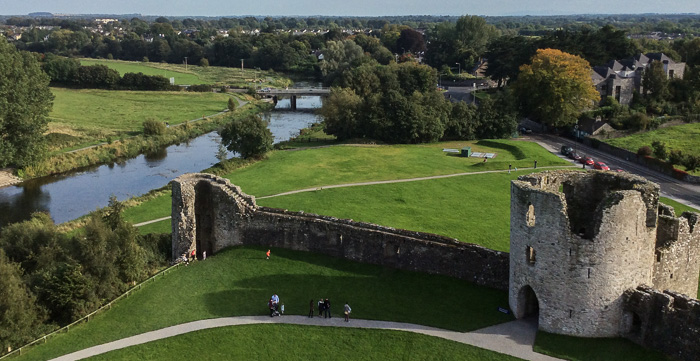 View from the top of Trim Castle. In this direction, we are looking down on the River Boyne, curtain wall, and barbican.

Our guide had a lot to say throughout the tour often going into more detail than my poor brain could handle, but here are my big takeaways: 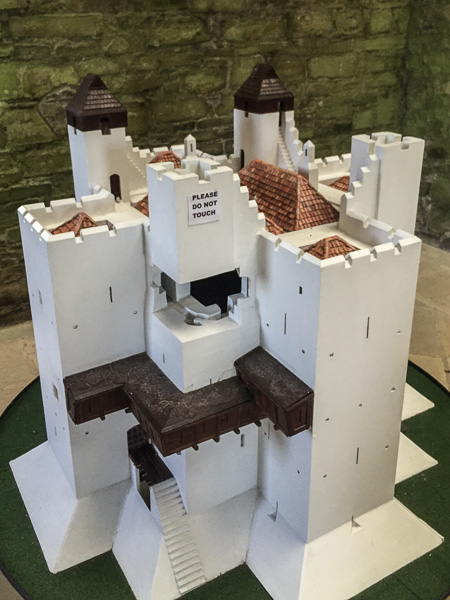 A model of Trim Castle. Note the "hoards", defensive wood balconies projecting out from the castle's stone walls.

This is an interesting castle and one I’d happily visit again. My only negative note: I’ve been to Trim twice now and have had difficulty finding food both times. Perhaps there are more restaurants open in high season. 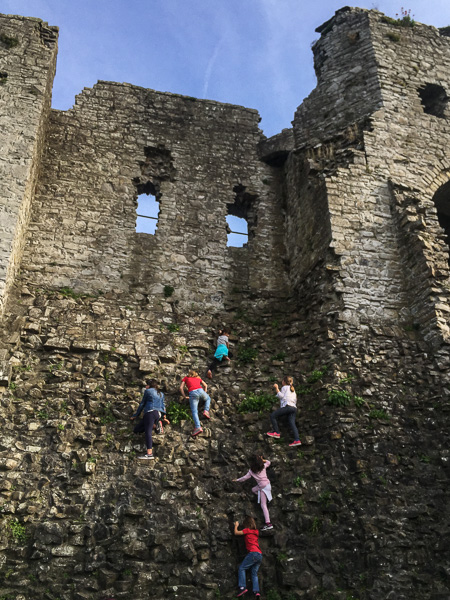 Kids scaling the walls of Trim Castle! Probably frowned upon, but funny nonetheless.