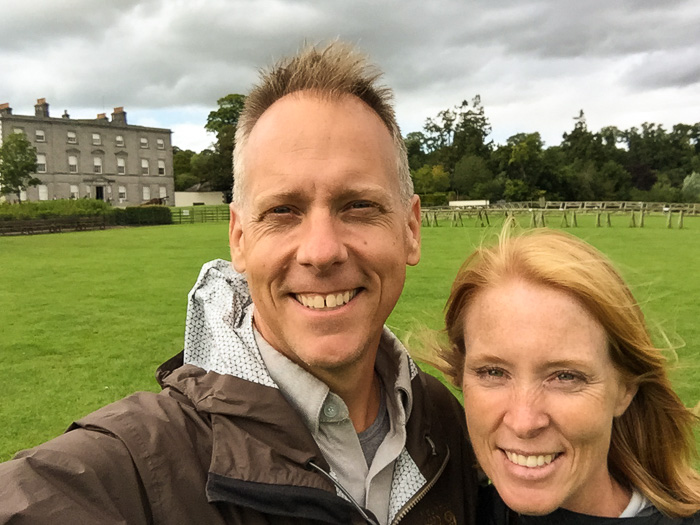 Our Ireland adventure has officially started! It is 8pm and we’re wrung out, but the day has been a dream from start to finish. We arrived at 9:45am with no troubles and then sailed through the airport and onto our express bus to Drogheda. 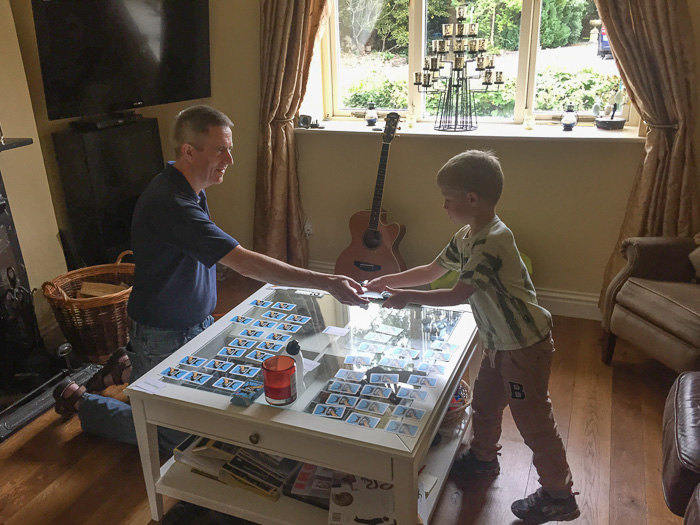 We had our first fun surprise of the day when our host Mike picked us up and had a little sidekick with him. Chris talked with Mike while I learned about Superman, dinosaurs, and the latest XBox games. Mike’s lovely home is an old lock-keepers cottage just 50 feet from the River Boyne. The location couldn’t be more convenient for a visit to The Battle of the Boyne Visitor Center; it’s an easy 10-minute walk along a paved greenway. 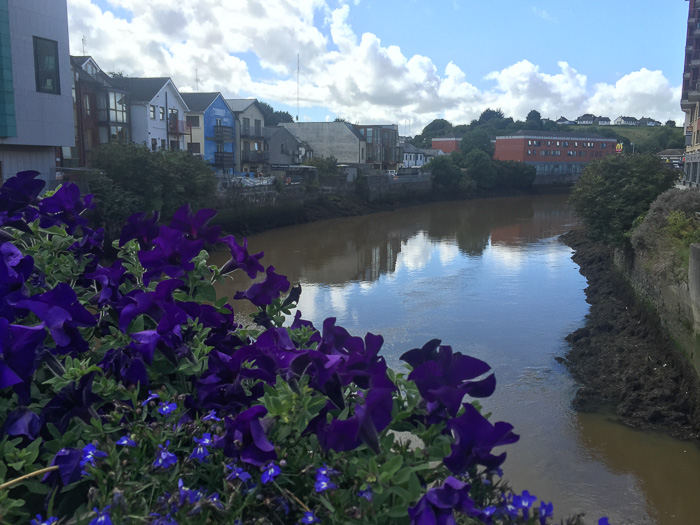 The Boyne river in beautiful Drogheda

By the way, Drogheda is a very pretty town. 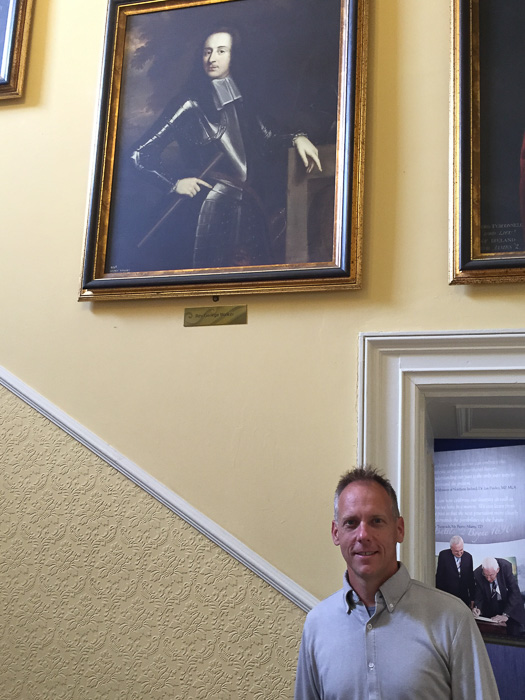 Chris taking over now to talk about how I saw my grandfather at the Battle of the Boyne Visitor Center! Seriously. Well, not my first grandfather, but my ninth great grandfather, Rev George Walker. My genealogy expert mother tracked him down and we did some additional research earlier this year. I’ll talk more about him later in the trip after we tour Derry, but he was a prominent enough figure in the Battle of the Boyne to have his portrait featured in the main room of the center right alongside King William of Orange.

When you go back that far in time, the number of descendents that can claim ancestry is huge (easily 1,000 to 5,000 and probably more) but it is connections like this that create interesting narratives and threads to follow when you explore a new place. My friend Doug and I played the wargame Lilliburlero: The Battle of the Boyne, July 1690 precisely because of this connection, increasing my anticipation for the visit. Its sort of like that adage about art appreciation: “I know what I like… I like what I know”. When you take the time to learn about the backstory, the artist, or maybe different interpretations of meaning, your curiosity heightens and your brain engages. 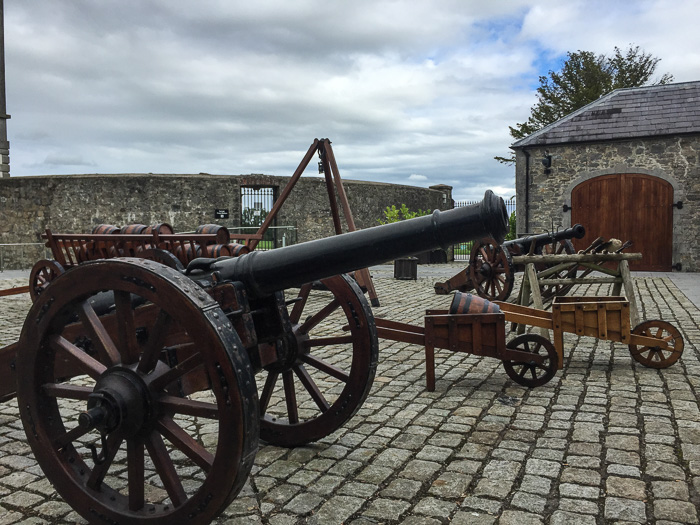 Artillery display at the Battle of the Boyne center

The Battle of the Boyne was not just the largest pitched battle ever fought in Ireland, it was also bigger than any battle ever fought in Great Britain. It (along with a few other key events of that 2-3 year war) changed the course of history in Ireland and outlined a template for future troubles that we still see today. What if William had tolerated a peaceful settlement with the mostly Catholic retreating Jacobites instead of running most of them off the island? What if, what if, …

The other narrative this ancestral discovery sparked was a bit of “green vs. orange” with Julie and me. She claims Irish (almost certainly Catholic, but we haven’t been able to navigate that genealogical thread) heritage from Donegal, while I have two direct Northern Ireland ancestors: one a bishop in the Church of England, the other a Scottish Presbyterian who also fought in the Battle of the Boyne. My saving grace is that both of those lines came to America pre-independence and fought against the crown in the war for independence. So at least we have that in common. 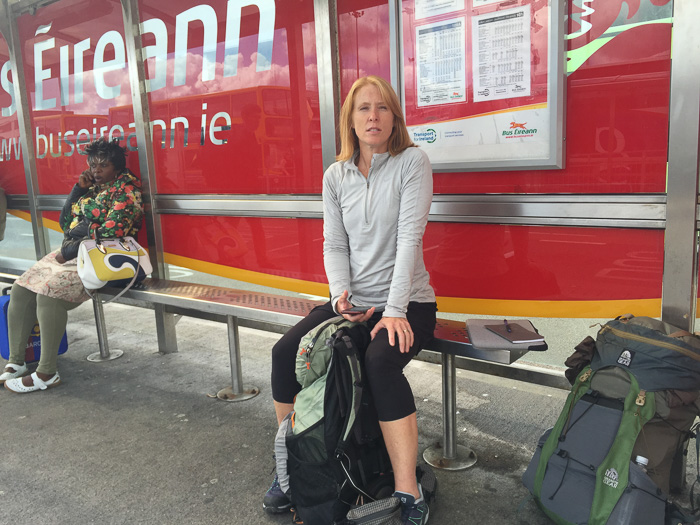 Julie waiting for bus from Dublin to Drogheda

We hit a huge speed bump planning for tomorrow’s activities. We want to visit Newgrange and Knowth and then head to Belfast. After two hours of trying to cobble together bus segments we finally realized the train will be quicker and more convenient. If we can just catch the bus from the Bru na Boinne visitor center into Drogheda we’ll be set, but it only runs twice a day - boo! This may be foreshadowing for the rest of the trip. The bus system has been pared down and we may spend more on transportation than planned.