After walking over 12 miles in Belfast a couple days ago (RunKeeper kept track) I was looking forward to an easy-peasy day on Rathlin Island. How challenging could it be? The highest point on the island is 477 feet, and we rented bikes to help us zip around even quicker. Oh boy, me and my crazy assumptions. We hired bicycles and rode/hiked over 18 miles in 6 hours, so it was a heart-pounding, sweat-inducing kind of day - and we loved every minute! 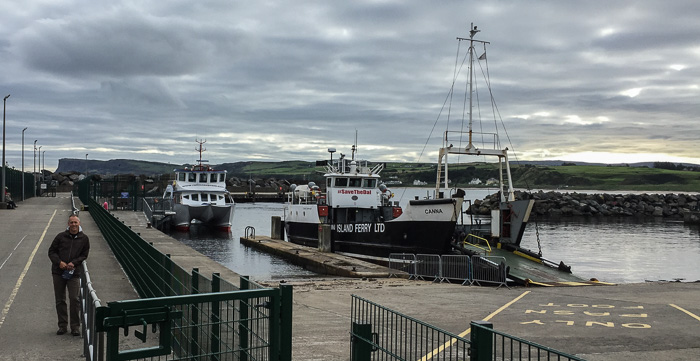 Chris waiting for our Rathlin Island ferry to depart from Ballycastle

Rathlin Island gave us our first taste of rural Ireland. It is remote and rugged and has stunning views of Ireland’s north coast at every turn. 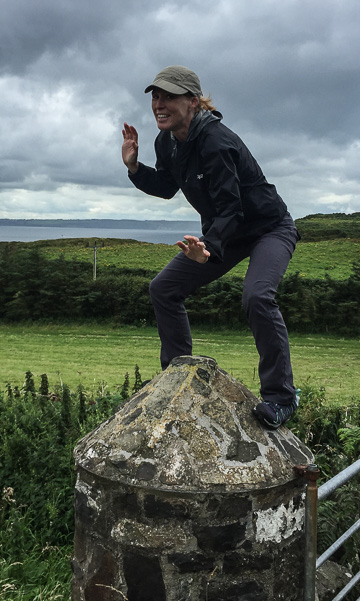 Legend has it that Rathlin Island fairies were nimble enough to dance on the pointed tops of the island's iconic round pillars. Julie...not so much! 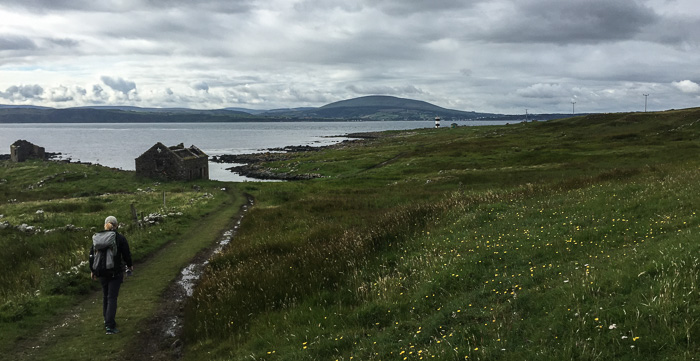 We explored the ruins of an old smuggler’s house, talked with the seals, peered into tidepools, and hiked to breathtaking-and-extremely-dangerous-but-not-fenced-off-in-any-way-cliffs overlooking the Sea of Moyle.  We next hit the East Lighthouse and saw the point where Marconi sent a message to Ballycastle; it's considered the first commercial use of radio or wireless. 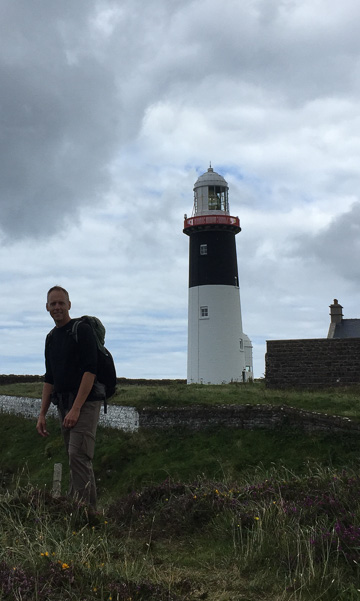 The ride to the West Lighthouse was a scant 2 ¼ miles but took us 50 minutes to traverse given the constant rolling hills that led generally uphill. Ugh. The majestic scenery kept us going. That, and the donkeys :D 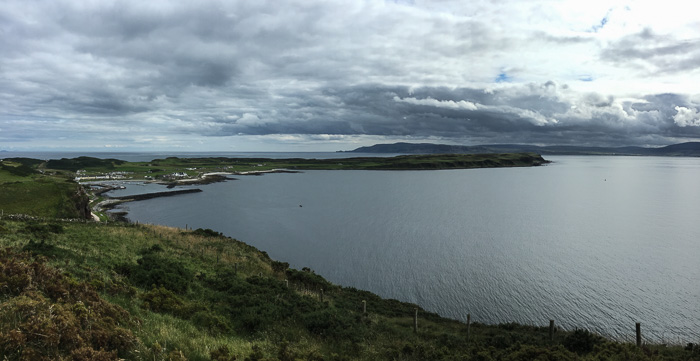 View of Church Bay on Rathlin Island. Fair Head is in the distance. 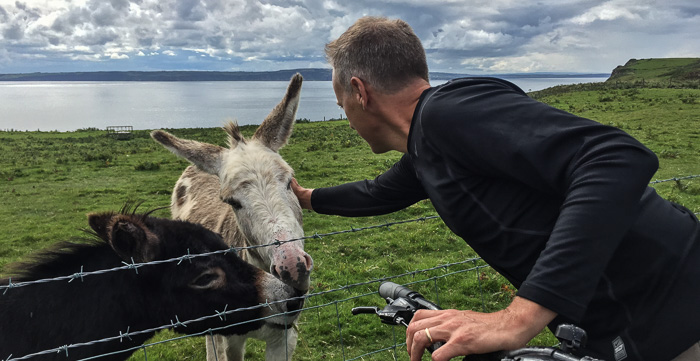 We discovered the Boathouse Visitor Centre on our walk back to Church Bay after returning our bikes. What a wealth of information! The building is so unassuming it’d be easy to overlook. Amazingly, the material was more detailed and professionally presented than that in the Ballycastle Museum back on the “mainland”. 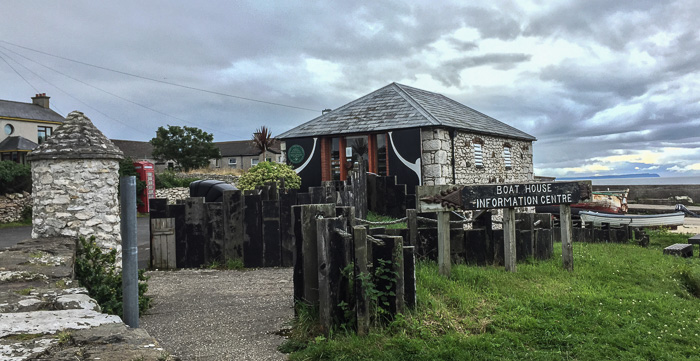 The Boathouse Visitor Centre (and museum!) on Rathlin Island

We would have made a 5-minutes pass through the tiny, haphazard Ballycastle Museum had the docent not suddenly appeared and started chatting away. Thank goodness - there’s more there than meets the eye. One fun tidbit: Before the coast road went in, the 9 glens of Antrim were most easily accessed by boat. Some colloquialisms die hard and to this day if folks in the area say they are going for a sail, they in fact are off “for a wee drive”. 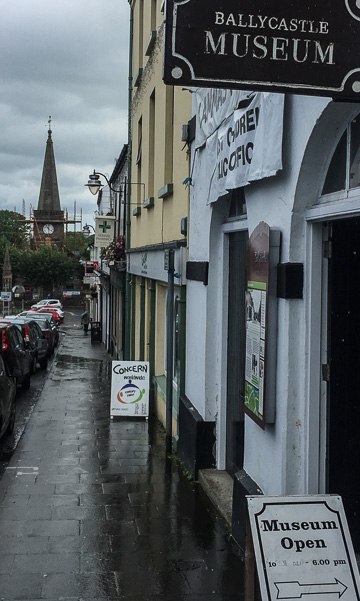 Once again, good conversation with a new compadre was a highlight. Andrew kept us company while Chris cooked dinner in our hostel kitchen. He asked time and again if he was boring us or interrupting - far from it! We appreciated his sincere attempt to explain recent Irish history without bias or sectarian prejudice. During this illuminating exchange, Andrew answered my burning question from our tour of the Peace Wall in Belfast (detailed in this article): He says the majority of the people in Northern Ireland would like to see the inflammatory murals and memorials come down. He blames a weak government for not having the courage to take the necessary steps to dissolve these rancorous images.

Tomorrow we begin our hike of the Causeway Coast Way. Ironically, the hiking may be less strenuous than our sightseeing! 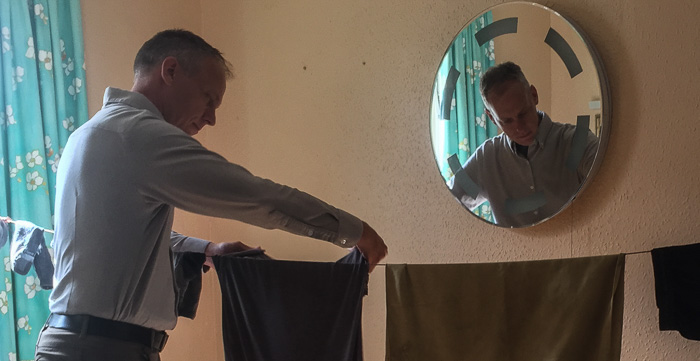