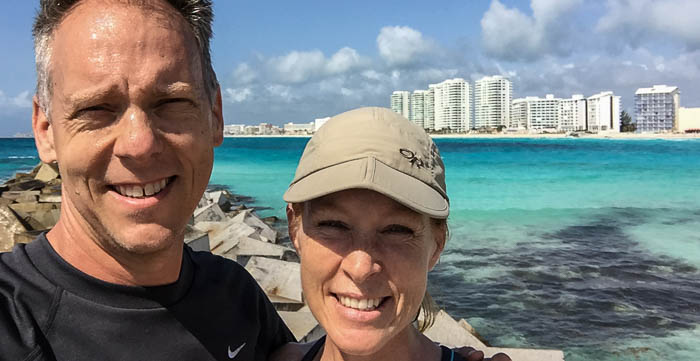 Chris booked two day-long excursions during our 5-day trip to Cancun, and sandwiched an unstructured day in-between. We took advantage with a long beach run followed by a dip in our hotel’s rooftop pool. After working for a few hours (yup, it was a working vacation) we hopped a public bus for lunch at La Destileria and spent a couple of relaxing hours exploring the Museo Maya de Cancun. Quite a find: A helpful little museum with a hidden surprise! 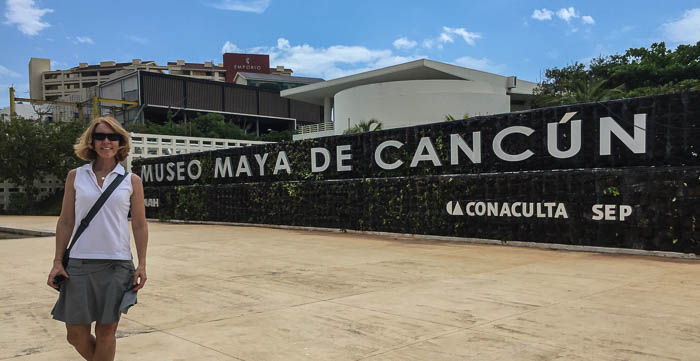 Julie in front of the Mayan Museum in Cancun. It sure doesn't look like a ferocious storm is blowing in...

A number of online reviews criticize this museum for its Spanish-only museum displays. This seemed to be true for objects, but the large overview placards were dual-language and provided quite enough information for me. The visit served to reinforce concepts introduced on our Chichén Itzá tour and I found myself wishing we’d stopped here first. Regardless of order, the combination is effective.

The earliest Mayan settlements date to 1800 B.C. and the civilization reached its peak in the period from 250 A.D. to 900 A.D. Mayan population was concentrated in one geographic region covering the Yucatan Peninsula (comprised of the modern-day Mexican states of Quintana Roo, Yucatan and Campeche), the Mexican states of Tabasco and Chiapas, and extended into Guatemala, Belize, Honduras, and El Salvador. 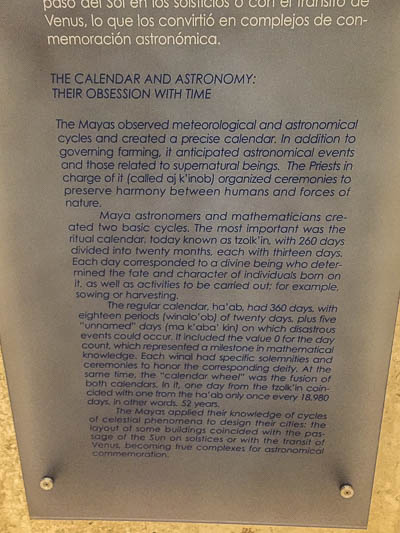 Plenty of displays were in both Spanish and English

One part of the museum focuses on the Mayans of Quintana Roo while another hall discusses the culture as a whole. We learned of the civilization’s rise, advances in astronomy and calendar systems, their religion and politics, and ultimate decline as Spaniards conquered the region. Due to our Chichén Itzá visit, I keyed in on the sacred concepts that drove city design and construction:

The Mayas imagined the world as a turtle or crocodile floating on the primordial sea. The surface of the Earth was a quadrangle. Its sides were oriented toward four directions and in the middle was a mountain with a cave, where a tree grew at the entrance. …Each Maya city, each town, each house replicated this sacred cosmos.

…architecture evoked a sacred landscape, where plazas were the primordial sea of creation and pyramids, mountains or the corners of the world. The temples represented their primal caves and ballcourts were regarded as the entrance to the underworld. 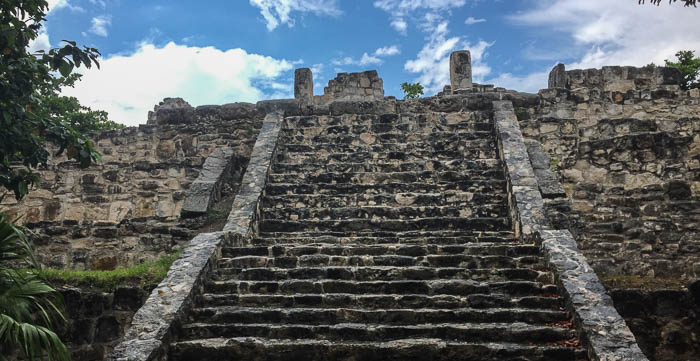 The temple at San Miguelito

Fascinating, but the best part of the museum lay below. Before leaving, be sure to head downstairs to the outdoor archaeological area containing the San Miguelito Mayan settlement. It’s an oasis in the middle of Cancun, with well-tended footpaths and signage explaining the remains of ancient structures including a small pyramid. It’s no Chichén Itzá, but a delightful find right in the heart of the Hotel Zone. 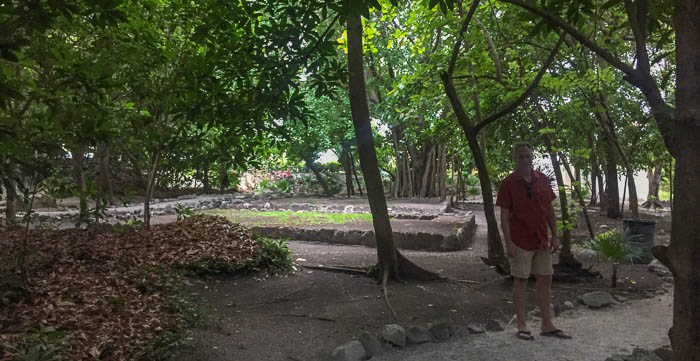 Chris walking the paths at the San Miguelito archaeological site. Terrible photo of a hidden gem.

One of our tour guides (Yosua) shared that the San Miguelito site is his favorite place in all of Cancun since it’s the one area that’s remained untouched. The Cancun we know today is relatively new having been developed starting in 1970. When Yosua was a young boy, most of the Hotel Zone still looked like San Miguelito. 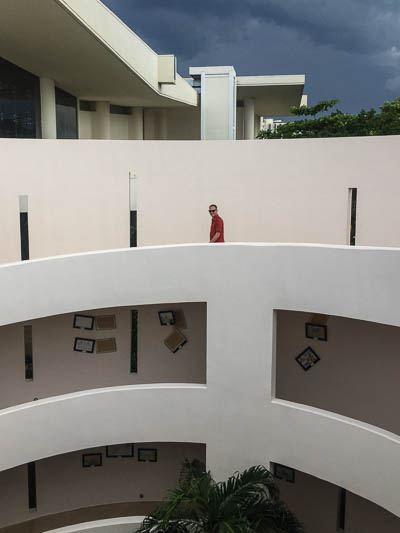 Chris walking down the spiral ramp at the Mayan Museum. This is after the big storm blew through - note the children's artwork hanging askew :(

People are clearly mixed about the merits of the Museo Maya de Cancun, but we thought it was a winner. Admission was 64 pesos per person and we lingered for two hours. We might have left a bit sooner, but got caught in a ferocious rainstorm and took shelter for about 20 minutes waiting for the wind and rain to pass! Hours are currently 9am–5:30pm, closed Mondays. 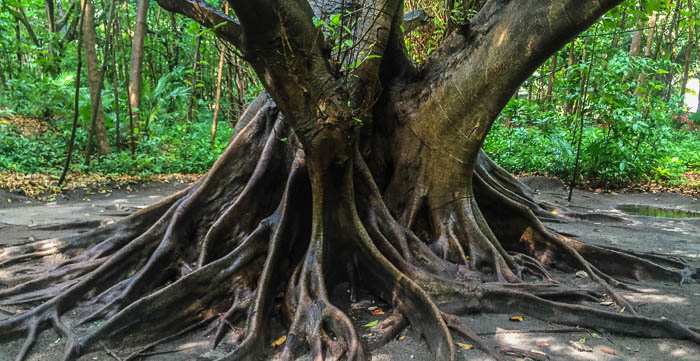