Spending summers here at Keuka, I learned quickly that you’re either an East-Sider or a West-Sider and each side feels passionately that theirs is the best side. To be complete, there are also folks who live on the bluff, but I haven’t met enough to know how they categorize themselves. Probably “Bluffers” and I’m sure they think the bluff is the best place on the lake. No matter where you live or when the sun hits you, we can all agree on one thing - it’s hard to tear yourself away from the lake. We live on the west side and the east side is suuuuuch a loooong drive. We will occasionally boat across to The Switz, but other than that, we rarely venture out of our own territory. This summer is different with three glorious months to explore. Last week, we finally bit the bullet and drove around the lake with the express purpose of checking out Eggleston Glen and The Olney Place.

One of the small waterfalls in Eggleston Glen

Disclaimer: Eggleston Glen, like most gullies in the area, is on private property. Hike at your own risk. Also, please refer to my previous post Boyd Point Gully Hike for a list of precautions (gully hiking can be dangerous!) and what you should take along.

When I told my dad about our plan to hike Eggleston, he shrugged and summarized with: nice gully; easier and shorter than Boyd’s; really only worth the drive after a good rain. As usual, he was spot on. We are very spoiled to have Boyd’s, aka Wagener Glen, just a few miles north of us. Still, Eggleston is a beautiful hike, and we’d recommend it for a few reasons. First off, parking and access are a dream. There is a wide flat shoulder just south of the bridge which provides ample parking, and to access, you simply walk down a gentle slope and then clamber down large boulders into the creek bed. Update August 2016: Oy!  We found a much easier way to get into the gully by way of a dirt trail on the southeast side of the road (directly across the street from the cars in the photo below). 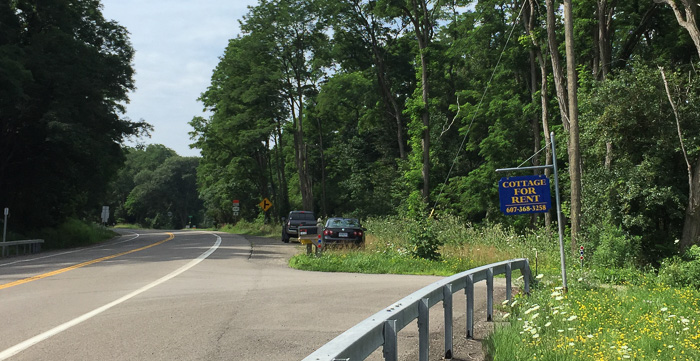 Ample street-side parking just south of the bridge over Eggleston Glen. The trail into the Glen is straight across the street from the pictured cars. 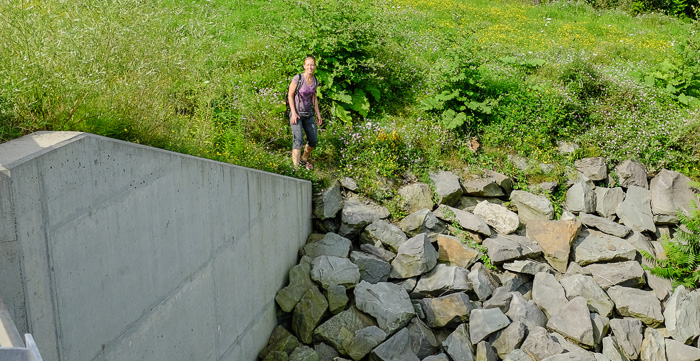 Julie climbing down into Eggleston Glen (the hard way). 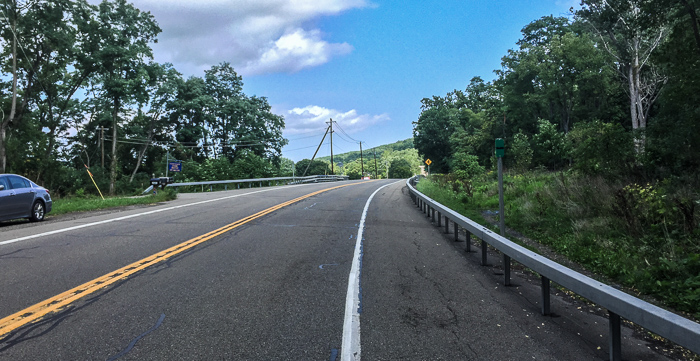 Update August 2016: The easier way into Eggleston. See the trail on the right? It's just over the guardrail and leads down into the gully. 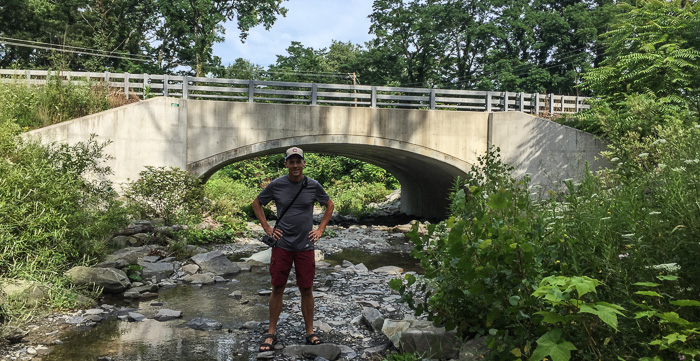 The gully itself is wide and flat like Boyd’s but there are fewer intermediate waterfalls along the way, making it even more accessible for folks of all ages. We passed a large group coming back down, and a 3-year old was happily stomping and splashing through the creek all by herself. She’d need help in a few places, of course, but not many. This gully is also much shorter than Boyd’s; our round trip took one hour and we were taking our time, stopping for photos and searching for toads and salamanders. Speaking of toads, Eggleston wins the award for cutest. toad. ever. 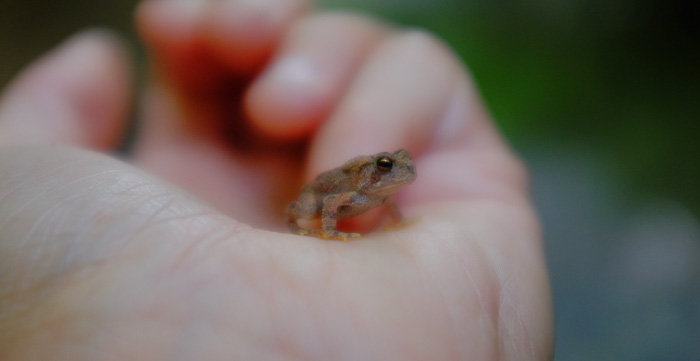 I loved that toad dearly and as an homage to Jacob, I named him Toady. I think if Jacob has children, he’ll be inclined to name them the likes of Sonny, Girly, Firsty, Thirdy,…but I digress. There were numerous signs that Eggleston is a popular and well-traveled gully. Along the hike up, we spotted small piled-rock sculptures, messages written on rocks, and even a few places where folks had stacked large rocks to create make-shift stairs. On the way back down, we passed about 30 people, one group of 5 and another massive group of about 25. In all my years of gully hiking, I have stumbled upon others about a half dozen times so this was a surprise, but it wasn’t an intrusion by any means. They were just like us, meandering along, flipping rocks, and soaking in the beauty. It was actually a highlight for me to find more folks who love gullies. Chris and I will definitely be back, but after a good rain - we’re excited to see what the final waterfall looks like with a torrent crashing down!

The final waterfall in Eggleston Glen

Once we finished up at Eggleston, it was all of a 4-minute drive to The Olney Place. Formerly Froggy’s, Charlie’s Mart, and Kenyon’s, this location has served as a general store since the 1930s. The Olney Place opened in 2007 and offers a deli, a wide selection of beer on tap, a gas dock down on the water, and a unique selection of upscale groceries. While wandering the store waiting for our food, Chris and I were surprised to find Trappistes Rochefort 10 on the shelf! The food was tasty and reasonable; we split an $8 sub that was about 8 inches long and came with chips and a pickle. 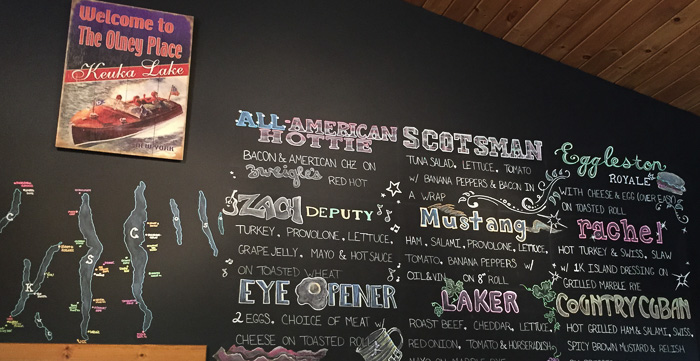 A few of the deli offerings at The Olney Place

Beer on tap at The Olney Place

Since we split the sub, we had room for a delicious chocolate chunk cookie fresh from the oven. I wouldn’t drive around the lake just to hit The Olney Place, but it’s a splendid one-two punch when coupled with the Eggleston hike. 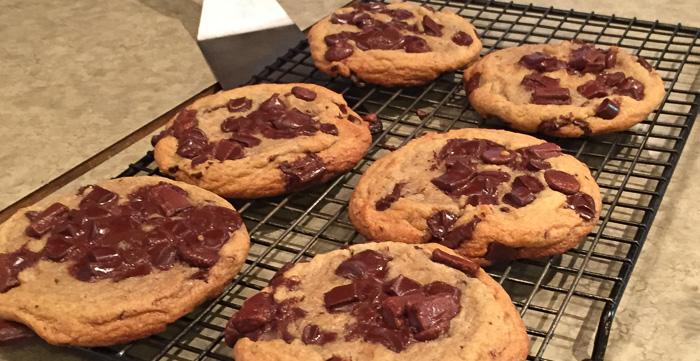