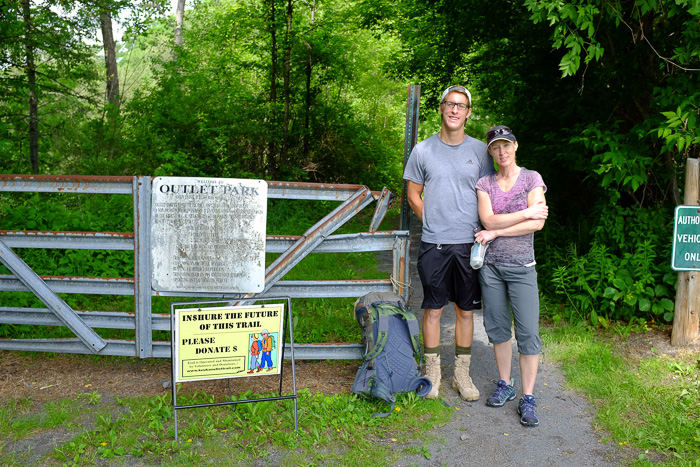 Julie and Matthew at Seneca end of trail

For some time Julie and I have been wanting to hike the full Keuka Outlet Trail. We’ve driven by signs pointing to trail heads but never bothered to stop. Our aunt frequently walks on the trail from the Penn Yan side and raves about how peaceful and flat it is.

Our first crack at hiking the trail was back in June when our son Matthew was with us. He wanted to do a test hike with a loaded backpack and his combat boots as he was less than a week away from his reporting date to the US Military Academy at West Point. Always eager to check out new towns in the area, we started at the Dresden side near Seneca Lake and hiked back towards Keuka. 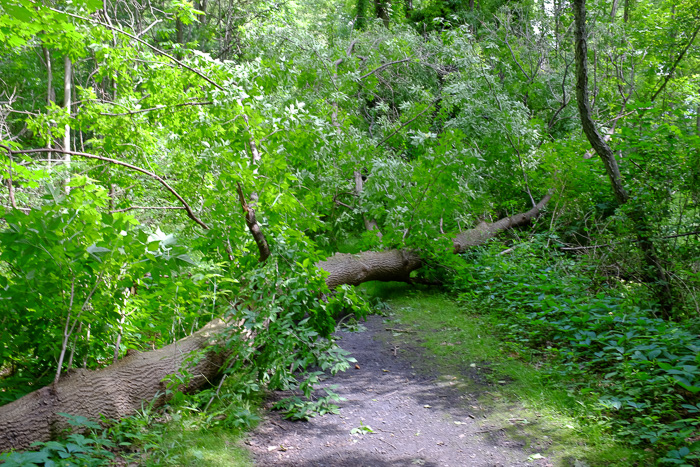 Tree fall about 0.5 mile in from Seneca side

We didn’t get very far. And it wasn’t the treefall that you see in the photo above that stopped us – that was easy to get around! The mosquitos were terrible and at the one mile mark we turned tail and headed back to our car. Julie made a comment in one of our articles on gully hiking that we should always bring bug spray. I think this hike was the one that reinforced it. The lower end of the outlet trail is heavily wooded and often near swampy areas, so expect the bugs to be out. While the trail was peaceful, the scenery wasn’t terribly impressive at this end.

Even though through-hiking the trail was not going to be likely, I decided to spend an early Saturday morning running the trail from the Penn Yan side while Julie did some shopping. I was hoping for at least 3 miles in and 3 miles back, but I made it 4 miles in. It was worth it. I started my run at the little park off Lake Street between Main and Liberty. You’ll know you are in the right place if you are looking across the water at one of our favorite new breweries. 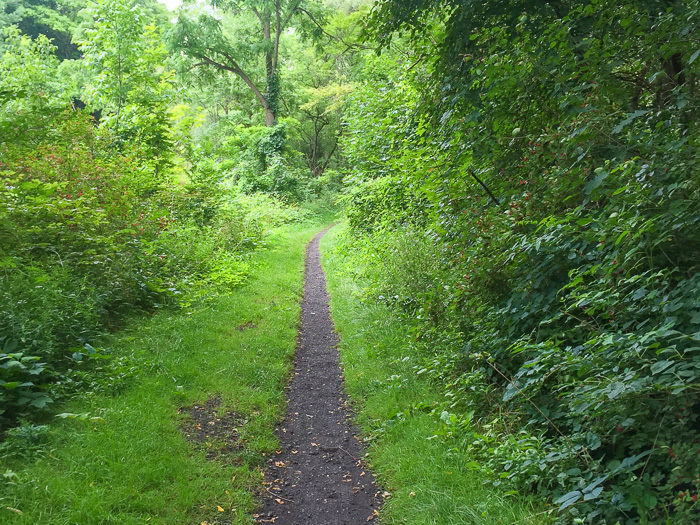 The trail varies from wide gravel to narrow single track and it mostly proceeds on a shallow descent as you go from Keuka down to Seneca. Expect to share the trail with walkers, joggers, and bicyclists so stay alert – especially on the narrow portions. 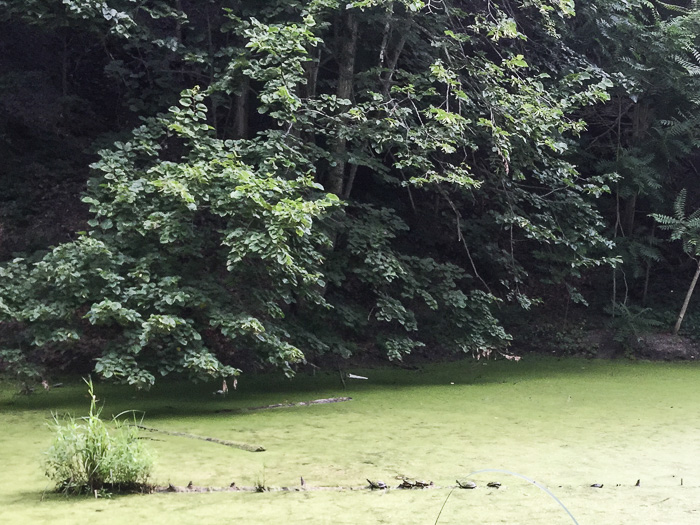 Swampy on the trail, but critters!

There are wetlands along the Keuka end of the trail as well, but not as much as I found on the other end. The little swamp I found about 1.5 miles in had over 30 turtles in it that I could see, neatly arranged along every floating object in the pond. 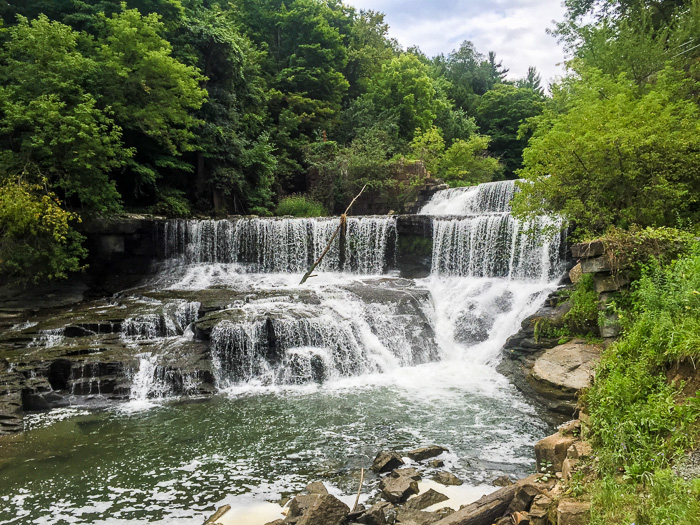 The one steep hill on the trail is not surprisingly right alongside the most beautiful landmark. The waterfall is worth a visit even if you aren’t going to hike the trail. Look for parking just beyond where Bell and Stiles Rd meet up with the Outlet Rd and you’ll be very close to the falls. There’s a peaceful open meadow below the falls, and you can climb right near the top of the waterfall.

I turned around at the 4 mile point and doubled back. Normally I don’t like out and back runs, but on trails you see different things coming the other way.