Doolin was on my list of places to see after reading this article from Y Travel, but it quickly dropped away as our trip solidified. As it turned out, our plans weren’t very solid; we re-evaluated mid-trip and came up with a big switcheroo. Once the Aran Islands came into the picture, I was pleasantly surprised to note that we could ferry from either Galway or Doolin. Yay, Doolin! Galway is delightful, but we’re sure to visit with family in a few weeks. Looking back, I highly recommend Doolin, even though our first night there was rather ho-hum. Back to that in a sec. 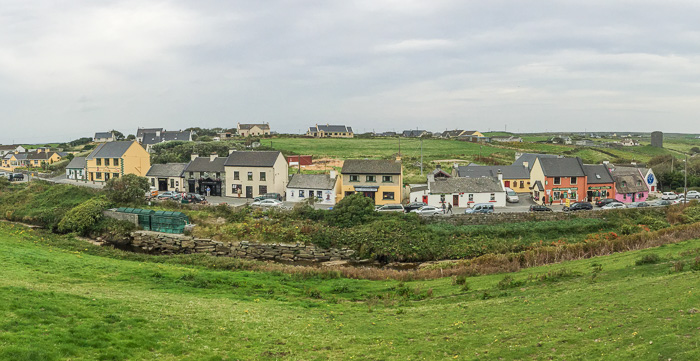 The tiny town of Doolin

We traveled to Doolin from Derry in two stages, Derry to Galway and then Galway to Doolin. I wasn’t looking forward to a big travel day, but what a treat it was! If the constant stream of tour buses is any measure, people pay a pretty penny to see the stretch from Galway to Doolin. This was no ordinary bus trip, but a sightseeing extravaganza through The Burren and along a winding road that hugged cliffs along Ireland’s rugged west coast. We bought the cheap seats traveling on Bus Eireann, but shared the same first class views.

Bonus: The same bus (the 350) continues on from Doolin to the Cliffs of Moher visitor center (!). There’s also a walking trail that connects Doolin to the Cliffs of Moher, but if you’re not quite up to a 10-mile round trip, the bus offers a tempting alternative. It’s just €3.20 per person to take the bus to the visitor center, then a 5-mile walk back to Doolin along a spectacular cliff trail. Perfect!

We spent two nights in Doolin, bookending our 4 nights in the Aran Islands. The first night was spent hunting for good wifi (unsuccessful) and trad music (successful but unsatisfying due to the crowds). 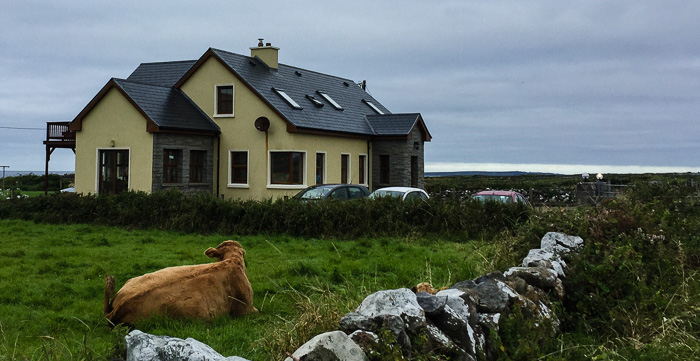 Our first B&B in Doolin, about a 7 minute walk from town. Lovely home, but no wifi :(

The food at Gus O'Connor’s was excellent, but we left Doolin for the Arans with an overall impression of “…meh.” Our return ferry from Inis Mór arrived in Doolin at about 1:30 giving us more time to explore. We weren’t up to the long walk to the Cliffs of Moher so opted for a relaxing outing on the Doolin Pitch and Putt. 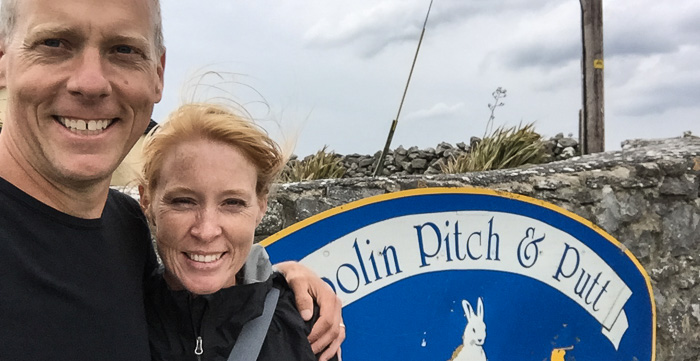 Chris and his caddy at the Doolin Pitch and Putt

What a nice change of pace. Chris didn’t have clubs, so called the number on the door and a gentleman arrived within 10 minutes having obviously come straight from working on the farm, muddy boots and all. We faced 30 mph winds which made for some crazy shots including one putt that veered 6 inches past the hole but was blown in by a gust. Score! 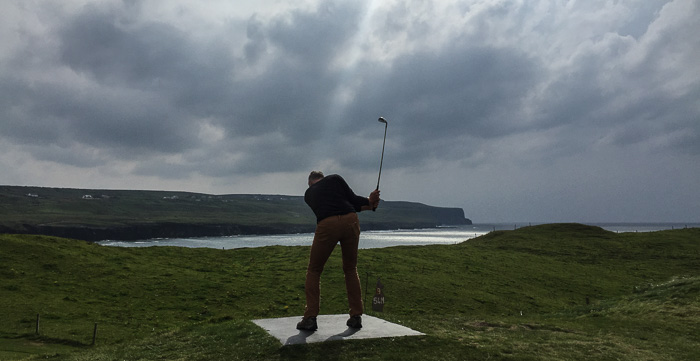 Chris golfing on the Doolin Pitch and Putt. That's the Cliffs of Moher in the background!

After golf, we halfheartedly agreed to stop in for music at Gus O'Connor’s. It was on from 4-7 and again at 9:30, so we planned to duck in but leave straight away for a quick turn on the Cliffs of Moher path. Wrong! We stayed for 2 ½ hours and had the best craic yet, even rivaling our experience at The Fountain bar in Belfast. What was so special? The pub was packed, but with at least 75% Irish folk. Johnny, Liam and Chris played trad music and sang classic songs but then offered an open invitation to step up to the mic. Chris (my Chris) was the first to sing and gave a rousing rendition of Galway Girl that was much appreciated by all! Truth be told, he was targeted by the squeezebox player, set up a bit, and called to the mic by name - how could he refuse? :) 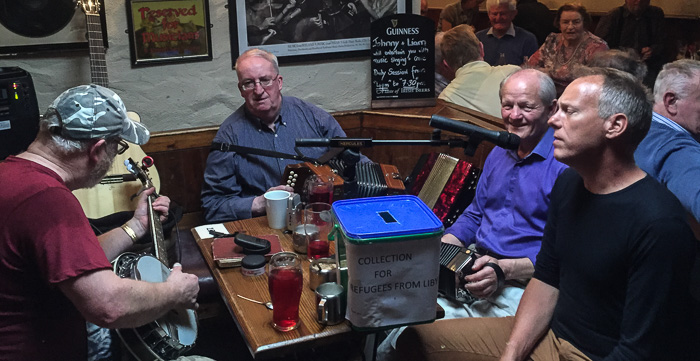 Music, songs and stories flowed naturally one after the other. The crowd was attentive and lively, clapping, singing along, and joining together in laughter and easy camaraderie. The Irish seem to be performers at heart; it was a joy to take part. Time flew and I hated to leave, but we tore ourselves away to squeeze in a quick turn along the Cliffs of Moher Coastal Walk - gorgeous, even scratching the surface with a 2 ½ mile round trip. 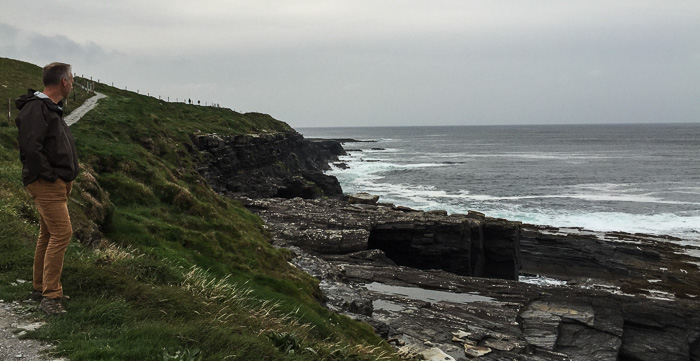 As you can tell, Doolin is a winner in my book. The town may be tiny but the offerings are huge with quaint shops, lively pubs, a 30-minute ferry to Inis Oírr (the smallest of the Aran Islands), and a hop skip and a jump to the Cliffs of Moher; there’s even the pitch and putt if you’re so inclined. Love it! 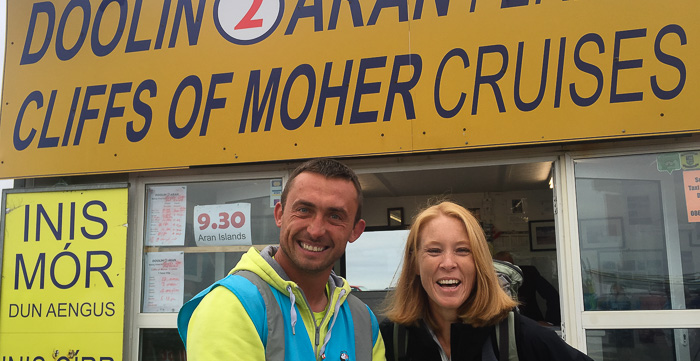